Arthur looked at the satin white envelope with his name carefully calligraphed. He knew what was inside. Though, he wasn’t sure he was ready to open it… Open it would mean the end of his foolish hopes, the end of the possible scenarios he kept imagining.

Not opening it wasn’t a solution neither and Arthur knew that. He had to face the reality, to accept his chance had passed. Gwaine had been right when he had confronted him three years ago. He had been an idiot.

It was too late, though, to change anything… His dreams of happiness with Merlin had been shattered by none other than himself.

Arthur finally opened the envelope and held his breath as he read the wedding invitation. 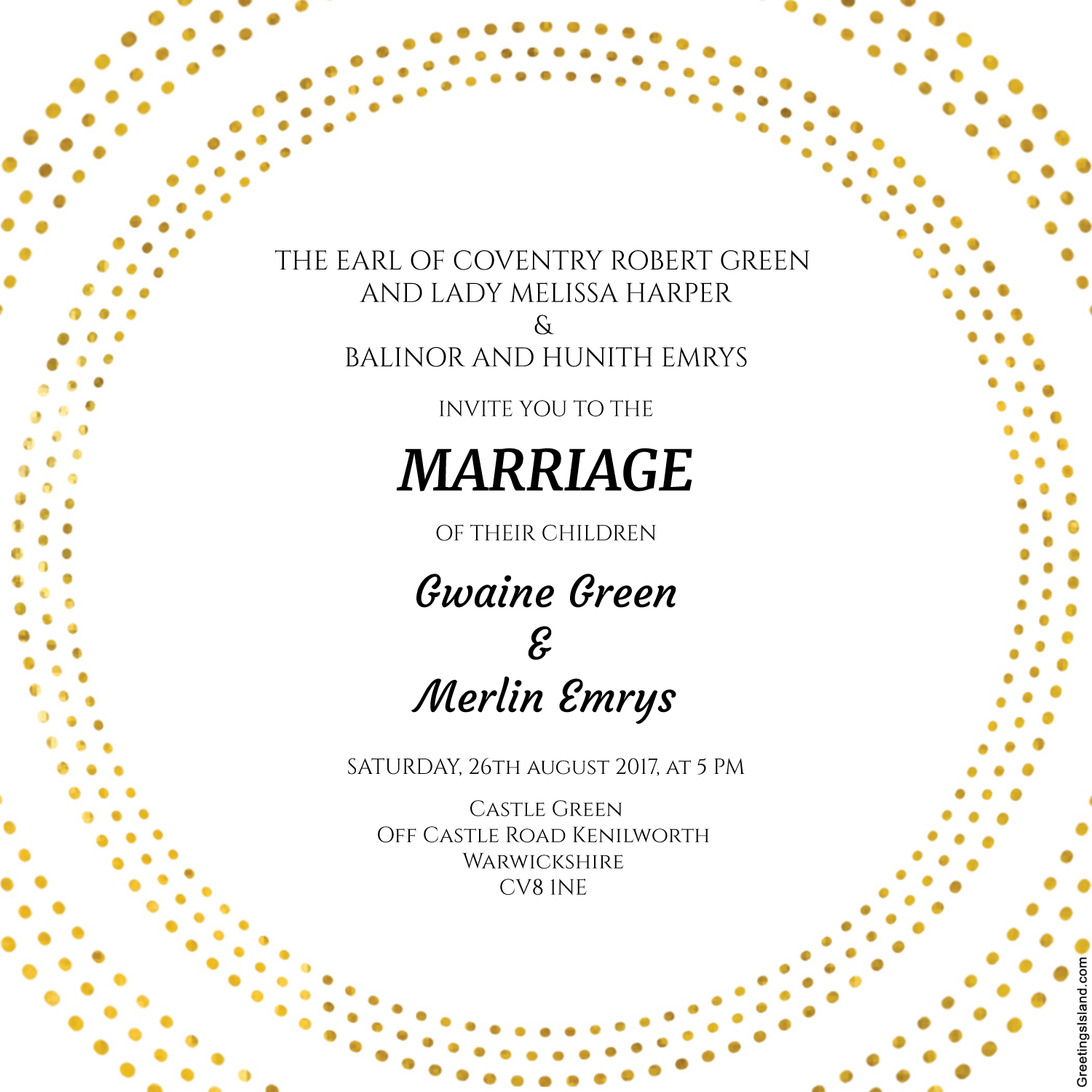 That was it, then. In less than three months, Gwaine and Merlin will be married. At first, Arthur hadn’t believed Gwaine would succeed in seducing Merlin but the man had been patient enough. He had been the perfect friends for month, never pressuring Merlin, never letting his feelings show, respecting Merlin’s hurt. He had been there, though, always a reassuring presence, a shoulder to cry on, an ear to listen.

In the end, eight months after Arthur had ended things with Merlin, Gwaine had finally won. It had even been Merlin that made the first move.

Arthur couldn’t be angry, he had no right to.