When you wish upon a star

bunnysworld
Title: When you wish upon a star
Rating: PG
Pairing(s): Arthur/Gwaine, Merlin/Percy mentioned
Summary: A day at Euro Disneyland and some Disney songs make Gwaine think
Warnings: FLUFF (yes, capital letters, ye be warned!)
Word Count: 759
Prompt: All our dreams can come true, if we have the courage to pursue them – Walt Disney
Author's Notes: I have no excuse for this other than

tambear13 always wanting some Arthur/Gwaine. So there, I blame her (again). :D And of course the pic, that I blame, too. So basically once again, it's everybody's fault but mine! My story, sticking to it! :D


Gwaine flipped his hair back and licked at his ice cream, shoving his hand into Arthur’s as they followed Merlin and Percy down Main Street.

Of course it had been their idea of a fun weekend to go to Euro Disneyland. And of course he and Arthur had tried to be all adult about it, pretending that a weekend away was a weekend away and someone had to keep an eye on the kids, but if he was honest, he was just as excited as they were.

They had been on some of the more adventurous rides but they also had tons of fun doing the rides they were actually too old for and Gwaine loved it! In his heart, he was not older than seven, maximum, so he looked around. Everything was almost a bit too much. Too bright, too much color, too happy. But he sang along to the Disney songs, for once not being ashamed that he knew every single word by heart, even though Arthur had thrown him more than one look in the past hours.

No matter how much they’d tried to talk Arthur into it, he’d flat out refused to wear the pink crown they promised to buy for him. Arthur just glared, but followed.

“And after that, we’re going to ride Big Thunder Mountain again!”

Gwaine grinned widely. Percy was such a ridiculous sight to see with his Minnie Mouse ears on, which of course matched the Mickey ones Merlin was wearing. It was cute to see the big guy that excited. And it was nice to know he was happy since he and Merlin finally got together with a little help of their friends a few months back. Gwaine would have loved to know the feeling. That thing he had with Arthur…he didn’t even know what it was, how to define them. Friends with benefits? Fuckbuddies? Or did they have an on-again-off-again relationship? One day. One day he would know what it felt like to have what Merlin and Percy had. But should he try it with Arthur? Would Arthur even want it?

He shrugged those thoughts away when they reached the Cinderella castle and explored it before they went to see the parade and to go on more rides. They ran into Pooh, the Bear and managed to get their photo taken with him, all of them grinning like loons.

After more standing in line, waiting for rides, having more food that wasn’t good for them, spending money on soft hoodies with Mickey Mouse on them he was sure none of them would ever wear again, they leaned against a fence, waiting for the big fireworks that marked the end of the day in the park.

Gwaine was tired and felt oddly drained, not having been able to shove the thoughts aside. Without even noticing, he leaned against Arthur when the spectacular fireworks began and smiled when Arthur wrapped his arms around him and pulled him close, his back to Arthur’s chest.

As all of the attractions in the park, this one was underlined by music that fit perfectly to the show, too. Smiling, Gwaine listened to the melody of ‘When you wish upon a star’ and sang along in his head just as lots of rockets painted falling stars into the sky.

“What did you wish for?” Arthur’s whisper this close to his ear sent shivers down his spine.

“Oh, you know…” Gwaine started, about to say something along the line of ‘lots of hot guys to fuck when I feel like it and always enough beer’, but the song still rang through him. No request is too extreme? Your dreams come true? Anything your heart desires? Fate is kind, she comes to those who love?

“I wished for,” he turned in Arthur’s arms and took a deep breath, “you, in my life, permanently.” He looked up and met curious blue eyes, waiting to see the rejection, bracing himself for being laughed at .

But then he felt Arthur’s lips gently against his and closed his eyes. When he opened them again, he was faced with a warm smile. “A whole new world?”

They chuckled since that had been the song they all sang just a few hours ago and Gwaine nodded. “Yeah…if you’re willing to give it a try?”

Arthur gave a small nod and kissed him again.

Yup, this pic I blame. *nodnods* 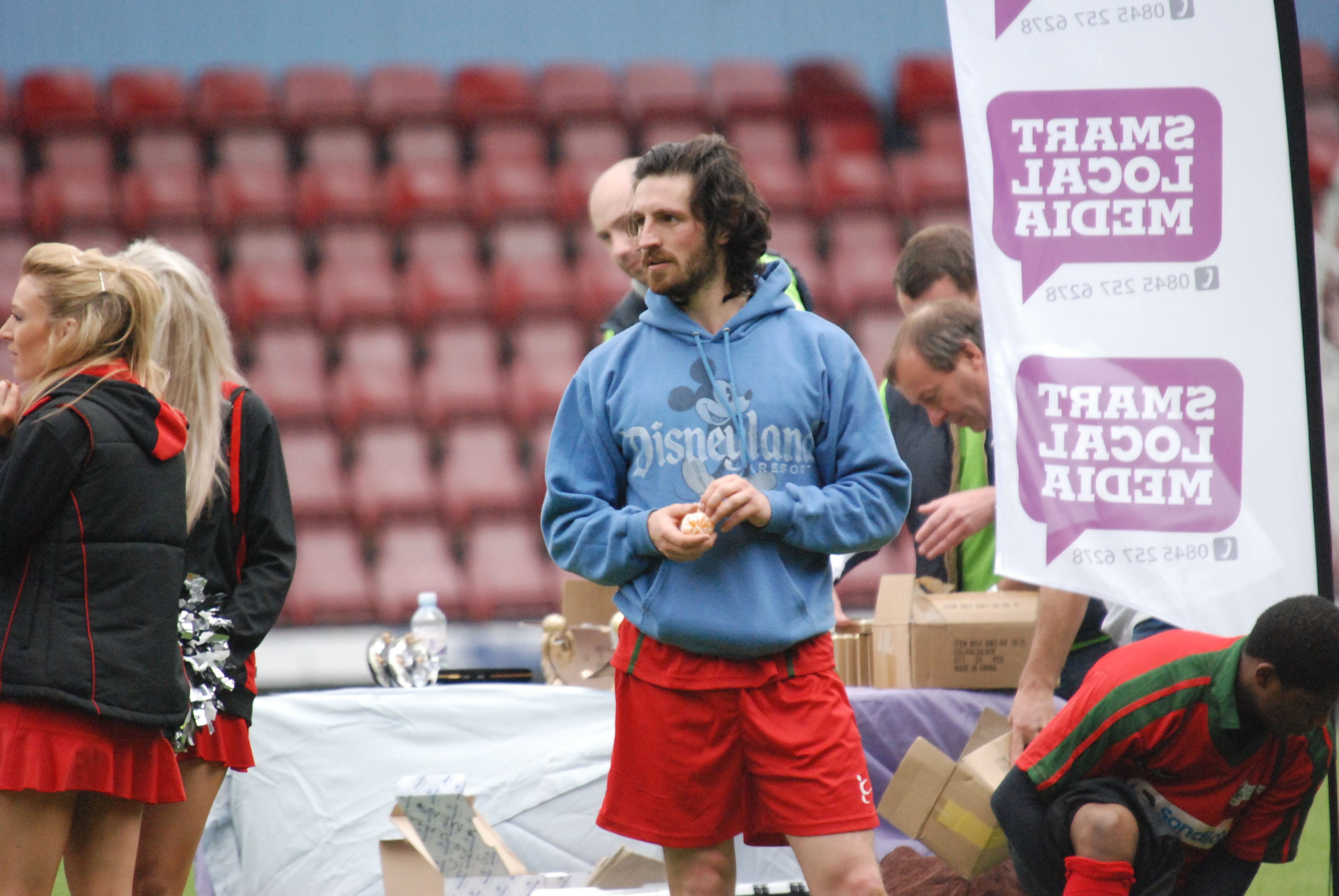